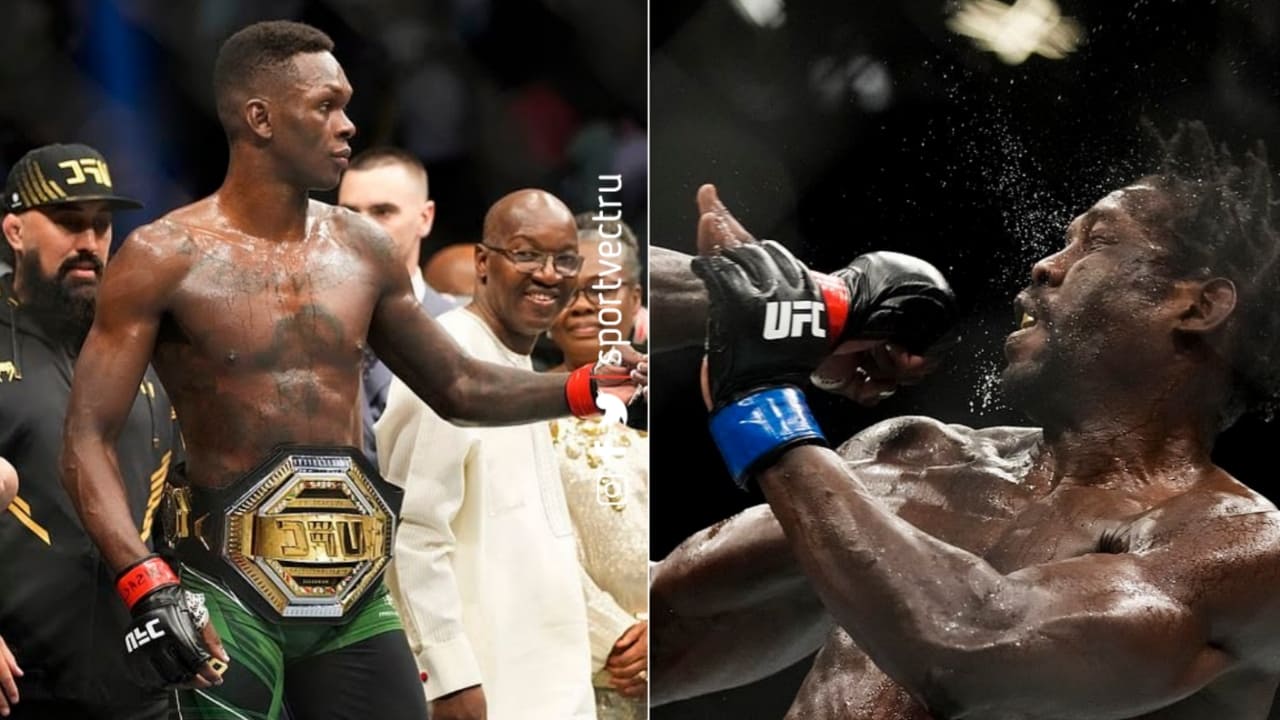 Israel Adesanya brushed aside the challenge of Jared Cannonier in a masterclass of technical precision at UFC 276.

The middleweight champion’s clash with his American challenger never quite ignited and Cannonier struggled to lay a finger on the elusive Kiwi for large sections of the contest.

Adesanya, who thrilled fans with a homage to WWE star The Undertaker in his walkout, was too fast and intelligent for his challenger but whet the appetite for his next defence.

“The first time I had you on skates, next time I’ll have you Frozen, like Elsa,” he said to Alex Pereira – the only man to have ever knocked him out – who obliterated Sean Strickland earlier in the night to earn what will inevitably be a title shot.

Reports: De ligt prefers a move to Bayern over Chelsea

France starlet Kylian Mbappe has revealed he was willing to pay a fine given to the French Football Federation that would’ve come as a result of him refusing to do media duties at the World Cup.

Mbappe set the world alight once again as France beat Poland 3-1 to reach the World Cup quarter-final with a scintillating brace that saw him draw level with Lionel Messi for goals scored at the tournament (9).

The 23-year-old continues to break new ground and is inspiring Les Bleus as they charge through the World Cup in hope of becoming the first nation ever to retain the trophy, and is willing to go to extreme lengths to not be distracted by outside noise.

Speaking after his sparkling performance, Mbappe explained his absence from media duties: “I know there were a lot of questions about why I wasn’t speaking (to the press). Already, for all the journalists who are there, it was nothing personal against the journalists, nothing against the people.

“It was just that I always have this need to concentrate on my competition and when I want to concentrate on something, I need to do it at 100% and not lose energy to something else. That’s why I didn’t want to present myself (to the media).”

He added: “I learned recently that the (French Football) Federation was going to have to pay a fine (for him not wanting to do media). I offered to pay it personally, the Federation must not pay a decision which is personal.”

Mbappe is already a World Cup winner, having scored in the final against Croatia in 2018, but has made no secrets about his desire to thrive on the world stage once again: “Of course this World Cup is an obsession, it’s the competition of my dreams, I have the chance to play it, I built my season on this competition physically and mentally.

“I wanted to arrive ready and for the moment it is going well, but we are still far from (the) objective that we have set and that I have set myself, which is to win.”

Didier Deschamps’ side will meet England in the last eight on 10 December.

England boss Gareth Southgate was incredibly complimentary of his side’s young stars after their 3-0 win over Senegal in the World Cup round of 16.

Jude Bellingham, Phil Foden and Bukayo Saka all played a key role in getting the Three Lions over the line after a slow start to the game, showcasing their immense talents as a well balanced England outfit booked their place in the quarter-final.

Southgate has been careful in how he has put together his strongest England lineups but has not been afraid to make use of the young guns, who impressed again on Sunday night.

“We’ve got some super young players that we feel it’s been right to give them their head and their opportunity – Jude (Bellingham), Phil (Foden), Bukayo (Saka) tonight in particular.” He told ITV after the win.

Southgate added: “They’re heading in a really good direction and these games are brilliant life experience for them.”

Asked whether the trio were ahead of where he thought they’d be in terms of their development, Southgate responded: “Well I think the progress they’re making is phenomenal.

“I think the team have made a very complicated game tonight look straightforward and that wasn’t the case. But I think because of the mentality and the attitude (of the squad) we’ve made it look that way.”

Bellingham notched the game’s first assist in an all-action display, while Foden became the second youngest player behind R9 Ronaldo to grab two assists in the same World Cup knockout game since 1966.

Gareth Southgate was impressed by England’s ruthlessness and off the ball work in their 3-0 win over Senegal.

The Three Lions overcame a slow start to their round of 16 clash and took a 2-0 lead into half-time after goals from Jordan Henderson and Harry Kane. A third early in the second half from Bukayo Saka ended the game as a contest, setting up a tasty-looking last eight tie with World Cup holders France.

It took a while for England to get going, but when they did, a number of key players impressed as they went through the gears and tucked another comprehensive victory under their belt in Qatar.

Speaking to ITV after the result, Southgate delivered his verdict: “I think the ruthlessness of our execution (pleased him most), but (also) the way the team worked off the ball and without the ball, I think in the end.

“I think we were a bit sticky with the ball in the first 25-30 minutes. Senegal had a lot of energy, they pressed well, their shape was good, and really our best opportunities came from winning the ball from them, and I thought Jude (Bellingham) and Hendo (Jordan Henderson) were outstanding in that aspect of the game.”

The two linked up to score England’s opener, which Southgate credited to their similar styles as ‘forward-running, forward-thinking midfielder players’, and added: “Hendo doesn’t get many for us, but I think he’s been outstanding. He’s such a leader, he knits the team together around the camp.

“He’s brilliant and I think his performances have been top draw for us.”