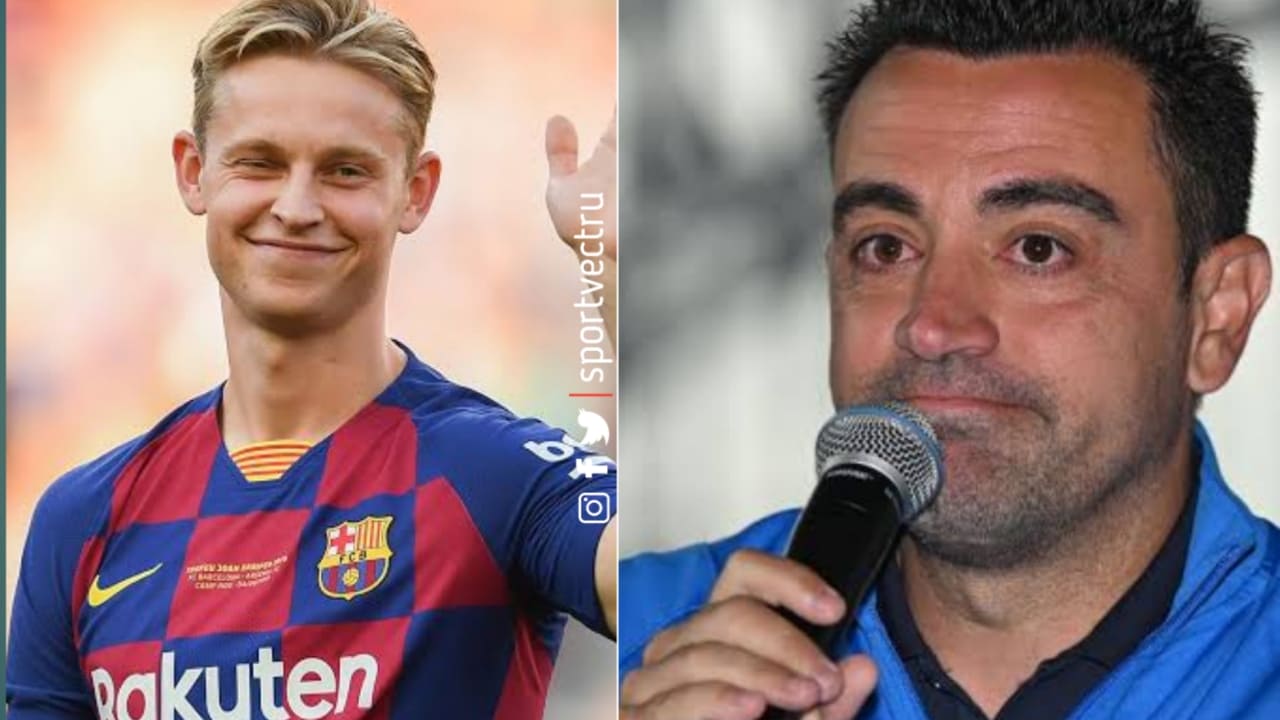 Xavi and the rest of the Barcelona coaching staff have agreed and told the club to sell Frenkie de Jong, according to Diario AS

This transfer of Frenkie to another club can happen whether or not Barcelona get to sign Bernardo Silva this summer.

De Jong is already a hot transfer target for Manchester United, but Chelsea are looking even more serious about him and their owner visited Barcelona on Thursday.

De Jong has constantly maintained that he wishes to stay put at Camp Nou, but it has become clear now that the club have placed him on the transfer list. And having grown disappointed by the development, the Dutchman has accepted his fate and is now open to leaving.

Added to the fact that De Jong is on a heavy salary, his departure from Barcelona seems even more likely now.

Advertisement
Related Topics:BarcelonaChelseaMan Utd
Up Next

Robert Lewandowski has detailed what was said during a minor altercation with Lionel Messi during Poland’s World Cup loss to Argentina on Wednesday.

La Albiceleste ran out 2-0 winners to ensure they finished top of Group C. The Eagles still scraped through to the next round on goal difference, but spent part of the match trying not to pick up bookings as it looked like a fair-play tiebreaker could come into play with Mexico.

During the loss, Lewandowski notably hauled down Messi in the middle of the pitch, but when attempting to offer an apology, the current Barcelona forward was ignored by his predecessor.

Speaking to the media post-match, Lewandowski revealed he did get to speak to Messi briefly.

“We talked a bit and it was fun. I told Messi that he was playing more defensively than usual, but sometimes that’s what the team needs,” he said.

“[The incident] was very strange, yes: I was in the centre of the pitch defending, but I knew I had to help the team.”

Lewandowski, who scored his first World Cup goal in Poland’s win against Saudi Arabia, will prepare to battle France in the last 16 on Saturday, with the winner advancing to face either England or Senegal in the quarter-finals.

Messi’s Argentina will take on Australia on Saturday, who managed to pip Denmark and Tunisia to second place in Group D.

Barcelona manager Xavi has reiterated that Lionel Messi would be welcomed back at the club with open arms.

The 35-year-old joined Paris Saint-Germain on a free transfer in August 2021 once it became apparent that Barcelona’s crippling financial woes would prevent them from renewing Messi’s contract.

The Catalan giants are continuing to look for ways to cut costs, though they still managed to conclude significant transfer business over the summer – over €150m was spent to bring in the likes of Robert Lewandowski, Jules Kounde and Raphinha, before wages are taken into account.

Their campaign in the latter competition has already ended with a disastrous group stage elimination, but Barcelona remain committed to returning to their former glory – with a potential Messi reunion rumoured to be among their highest priorities.

President Joan Laporta has publicly flirted with Messi returning to Barcelona, though Xavi has remained coy on the possibility of a deal being done. However, speaking at a promotional event in Qatar – where Xavi is in attendance for the World Cup – the Spaniard hinted that his former teammate would be welcomed back in a heartbeat.

“He is still number one. Cristiano Ronaldo is still among the 3-5 best on the planet as well,” Xavi said. “If Messi wants to, he can return to Barca at some point, sure. Who wouldn’t like to train him? Any of the greats. In France, Mbappe for example. Neymar, Messi, I would like them a lot.”

Messi’s contract at PSG expires next summer, and 90min understands that Inter Miami are in negotiations with his representatives over a possible switch to MLS.

A number of clubs stateside are exploring the possibility of signing Messi – given his worldwide commercial appeal – but Inter Miami, owned by David Beckham, are confident they have the financial muscle to get a deal done.

Sergio Busquets has revealed that he wants to know whether he’s staying at Barcelona beyond this season or not by February.

Busquets’ contract with the club expires at the end of the current campaign and it has looked likely for some time that he will leave.

The midfielder has been heavily linked with a move to MLS in particular with a deal with Inter Miami rumoured to be in the works.

However, he has said nothing has been decided yet, but wants to finalise his plans for next season by February.

“It is my last year, I know that many things have been said, but I have always said the same thing. I haven’t signed anything for one side or the other,” he told El Larguero.

“We’ll see how it goes, but by February or so I’d like to have it clear and make up my mind.”

His time with the Spanish national team could also be coming to an end, although if manager Luis Enrique has his way, the World Cup won’t be the 34-year-old’s final international tournament.

He hasn’t decided whether he’ll retire from international football yet and says he’ll consider sticking around if Enrique does, but admits it’s more likely this World Cup will be his swan song.

“I haven’t decided, but it looks more like it. I’m of an age now and, despite having the confidence of the coach and feeling good and important, I’m closer to it being my last,” Busquets said.

“I want to enjoy this World Cup, but I’m not going to decide anything now or when the tournament is over.”