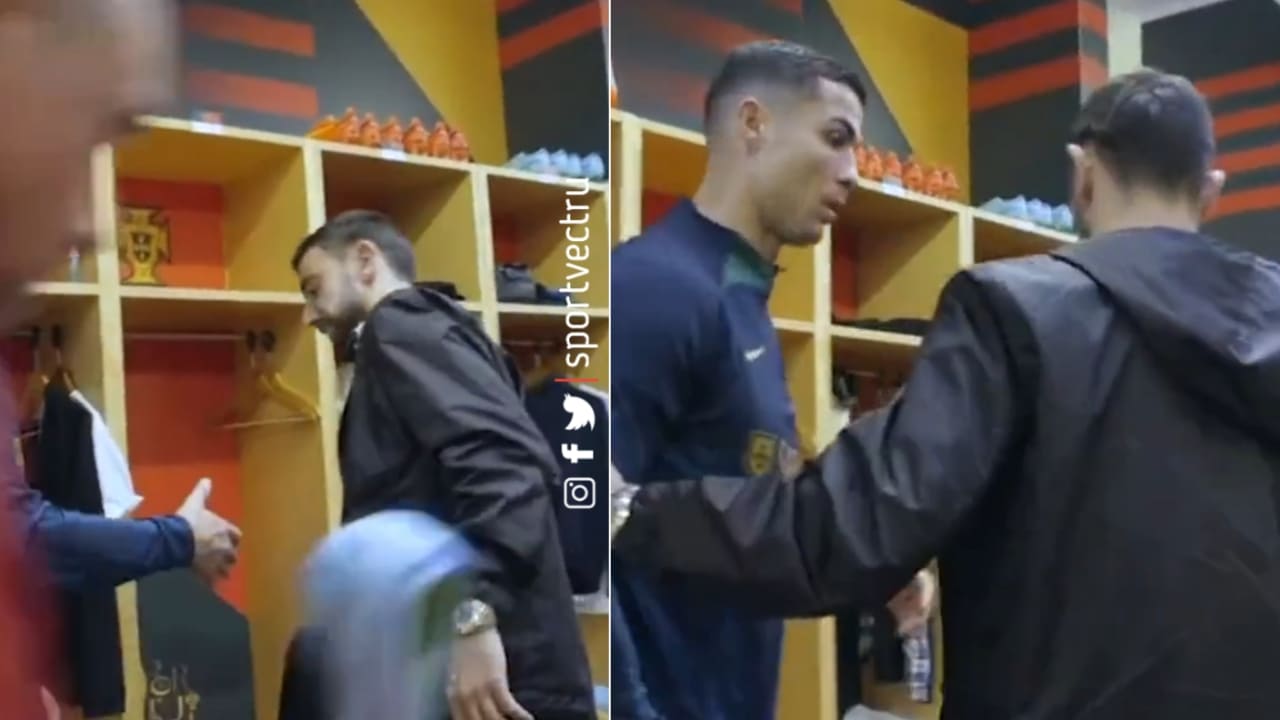 Manchester United midfielder Bruno Fernandes seems to have substantiated Joao Mario’s tale about what Cristiano Ronaldo shared with him during their handshake on Monday.

Footage of a frosty looking meeting between Fernandes and Ronaldo went viral over the last 24 hours, with many speculating that Fernandes did not greet Ronaldo warmly out of annoyance due to the Portugal captain’s already infamous interview with Piers Morgan.

However, Portugal player Joao Mario dismissed talk of a rift between the pair. “I was in the locker room at that moment,” Mario said. “I saw pictures. It was a joke between them. Bruno Fernandes was one of the last to arrive. Cristiano asked: ‘Did you come by boat?’”

Fernandes has since taken to social media to address Mario’s clarification, writing: “Oh Joao Mario, there you are ruining the covers of the newspapers”.

Mario was also questioned about the focus once again being on Ronaldo, to which he replied: “For us it’s the same, the headlines are always about him so for us it’s quite the same. So I don’t see a problem with the timing because everyone always speaks about Cristiano Ronaldo so it’s fine for us.”

In the interview, which will be aired in full across Wednesday and Thursday, Ronaldo criticised Erik ten Hag, the Glazers and a number of his former teammates, and also questioned the club’s handling of his absence from the summer’s pre-season tour of Thailand and Australia.

Ronaldo said he was hurt by a lack of understanding from the club over his decision to stay at home with his family due to health concerns over his daughter, however, United sources insist the Ronaldo camp was grateful at the time for the way in which the club, in particular chief executive Richard Arnold, handled the matter.