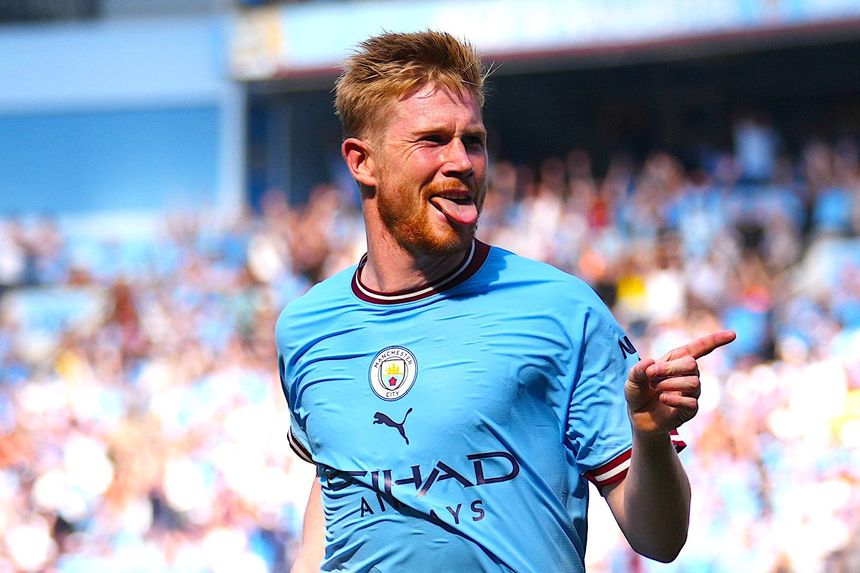 The Premier League champions will again look to retake top spot in the table as they welcome a poor Saints side to the Etihad Stadium. Arsenal continue to be the season pace-setters, but are not in action until Sunday, so a draw or win will see City leapfrog them this afternoon.

Erling Haaland is, remarkably, looking to score his 15th goal in just his ninth game today, and he will be licking his lips ahead of facing a Southampton team with four defeats in their last five games and steadily falling down the table after a positive start to the season.

City look ominous every time they take to the field, with Haaland’s supporting cast of Phil Foden, Jack Grealish and Kevin De Bruyne all in fine form, and that quartet could spell the end of Ralph Hasenhuttl’s time as Saint manager following reports this week.

Advertisement
Related Topics:Man CitysouthamptonUpdates
Up Next

At 35 years old, Ream has gone from being on the outside of the USMNT setup, picking up just one cap in 2020, to being a rock at the heart of Gregg Berhalter’s defense in Qatar.

Ream’s revival has been thanks to his incredible form in the Premier League with Fulham, with the veteran center-back coming first among his teammates in a number of key metrics so far, such as interceptions (21), blocks (23), clearances (50), and passes completed (715).

The man next to him both at club and international level, Robinson, has enjoyed Ream’s career turnaround firsthand and has revealed just how much it means to him.

“The standard that [Ream] has been at, it’s been amazing,” Robinson told ESPN. “He’s such a calming presence on the ball. It’s no shock to me. I’ve played with him for a long-enough time now to know what he’s all about. But to see him actually come out on this stage, when it was at one point looking like he wouldn’t be here, and raise his level even more than he has done already this season, it means a lot to me.”

Ream and the USMNT have a great chance to reach the World Cup knockout stages when they face Iran on Tuesday, with a victory enough to see them finish at least second in Group B. Anything less and they’ll find themselves on the next plane home from Qatar and planning for their 2026 campaign as co-hosts.

Watch the story of Charlotte FC’s journey to MLS in 90min’s The Making of Charlotte FC, presented by DoorDash, on 90min channels now. Subscribe to our new US YouTube channel.

How to watch Japan vs Spain on TV & live stream