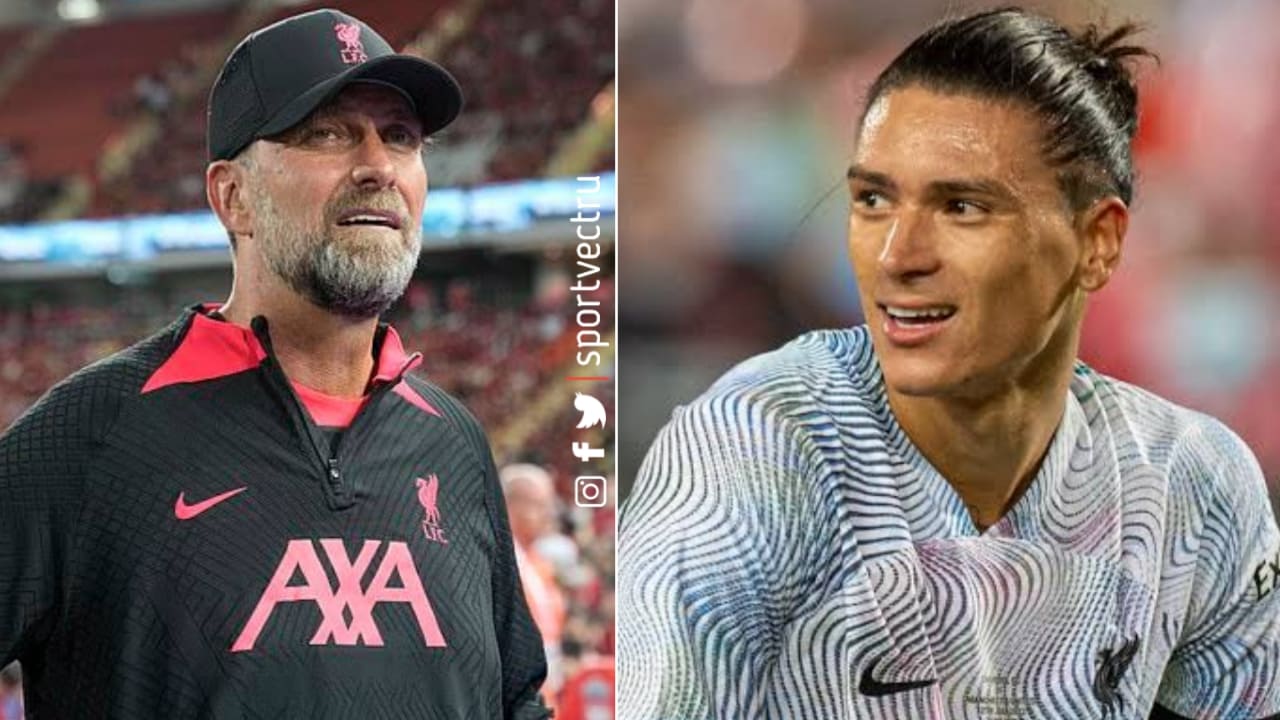 Jurgen Klopp has been talking about Darwin Nunez’s first game appearance for the club in the friendly against Manchester United.

“We could see immediately the boys were really researching him,” he told BBC.

“I think it was his third session, and I think after his third sprint his lungs were ready to explode, like we nearly killed him with these balls. But he offered the runs and the boys wanted to pass the ball there, so that’s, for sure, one of his strengths. He was dangerous.

“So Darwin, we will see. But I think his profile is a proper No. 9, with speed, with aggression, can use his body. I understand that we have to talk about that this early, but for us it makes absolutely no sense,” he said, when asked about the new signings.

“Fabio is in for eight days and Darwin for three days – and has massive blisters on his feet!

“I think we’ve all experienced that in our life, it doesn’t feel different for professional football players, it’s still really painful. But that’s the situation. As I said, a lot of good situations, I saw a lot of good performances in moments, but no consistency.”